We left almost on time on Wednesday  just after noon and didn’t face much traffic at all except for the two construction areas along 35W north. Even there, it wasn’t bad–a single lane but not stopping. It was a gorgeous day for a road trip. Smooth and easy–from Minneapolis: 100 to 35W north to 61 with lovely scenery especially along 61.

TIP: Buy gas at Two Harbors–it’s cheaper than anywhere south or north. Grand Marais has the highest rates for gas–at least every time we’ve been there. This time, May 23-25, 2018 gas prices were $2.99/gal for unleaded while in Two Harbors I paid $2.74/gal. That’s a worth while difference, in my opinion.

Everything went as planned. We stopped at Dockside and grabbed dinner and checked into the Best Western Superior Plus. It’s been upgraded since we’ve stayed there before–swanky. There is a bar with overpriced beer and wine. The good news is that the Municipal Liquor Store is a two minute walk away. So instead of spending $6 for a bottle of domestic beer, you can purchase an imported six-pack for $10. Tough decision, but I’m sure you’ll make the right one. Breakfast is fabulous and even better than I remembered–scrambled eggs, potatoes, breakfast meat, fresh fruit, pancakes, oatmeal or yogurt with a choice of toppings, choice of breads for toast, pastries (no World’s Famous donuts unfortunately), cereal, and a variety of coffees in a renovated, upscale lounge area. 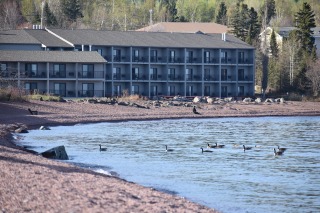 The room we were in on the first floor has a really comfortable bed, but the toilet is two steps away from the bed. (See picture below on the right.) And the door does not close all of the way. We happened to be in a room close to the outside Door B that kept slamming shut as people walked in and out so we didn’t sleep well the first night. Plus, landscaping was happening when we were there making our view less than memorable. I did complete the feedback form sent in e-mail and received a pseudo apology. The cost of the rooms has soared in the last two years, and I didn’t appreciate being charged so much for this room-(slamming door and men on Bobcats). The reply e-mail stated, “We also apologize that our landscaping project was underway during your visit, we understand how this could put a damper on the view.  As you may know, we are dedicated to providing quality accommodations and facilities, but it sounds like the timing of the project unfortunately coincided with your stay.” In other words: tough cookies. I must say that I do not “know” about the providing quality accommodations as the e-mail is insulting and their actions do not SHOW this claim. In conclusion, comfortable bed, excellent breakfast, not a good night’s sleep, and although you pay for a view it is not guaranteed. I will be trying out other places from now on–not because of the slamming door, toilet too close to bed, or even the Bobcats–because of the pseudo apology. 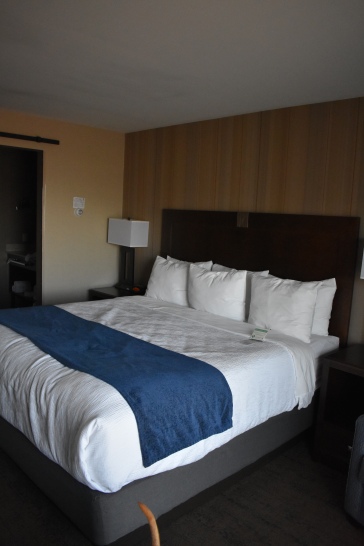 After a yummy dinner of fish and chips, we headed down the beach to Artists’ Point for a short hike and walked out to the Grand Marais Lighthouse. Kenobi faced off with a

large rock in the water, and we were on our own walking the narrow paths out to the lighthouse. We could not have asked for a better situation! Great weather and perfect sunset to capture some pictures! (Nikon D3400 24.2MP DSLR Camera with AF-P 18-55 VR and 70-300m Lenses (1573B) – (Certified Refurbished)

The walk down the beach: 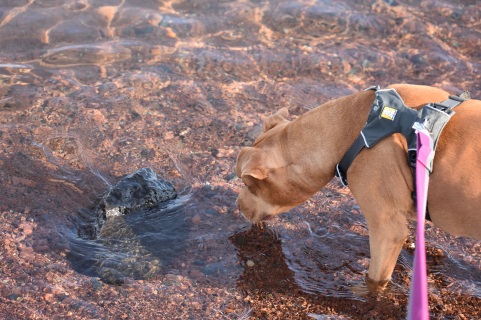 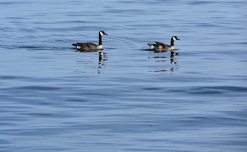 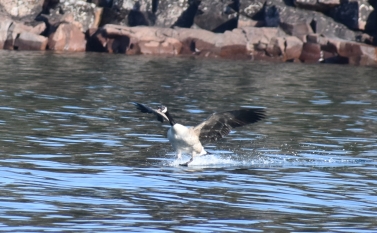 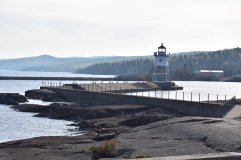 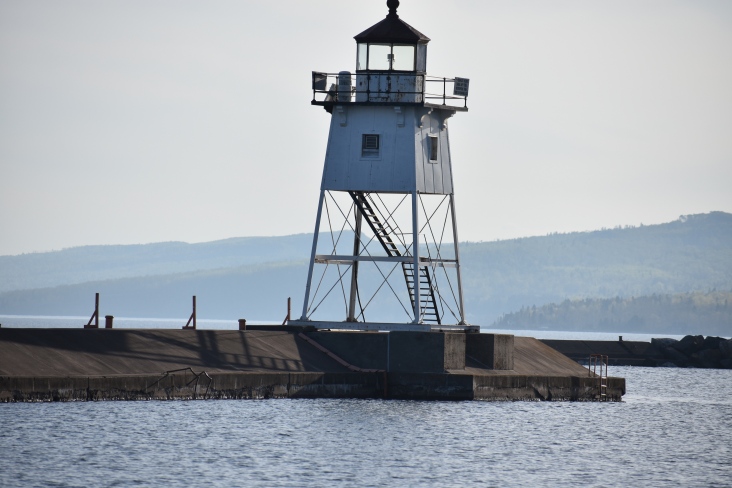 Looking back at the National Guard Building and the Outpost: 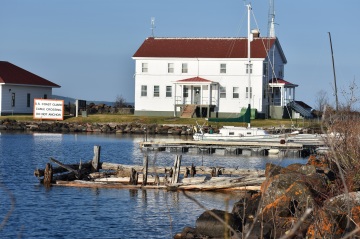 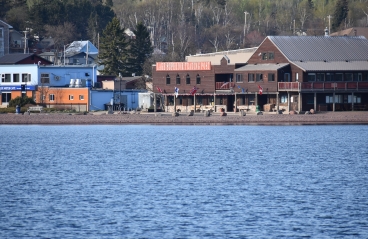 From the trail on Artists’ Point: 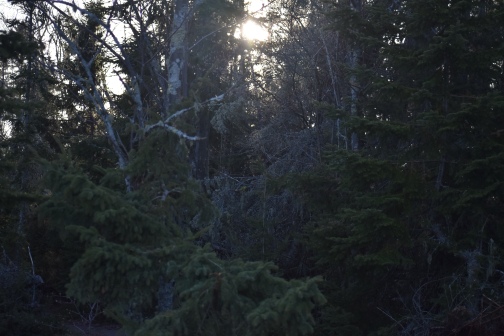 My favorite pictures from this evening’s trip: 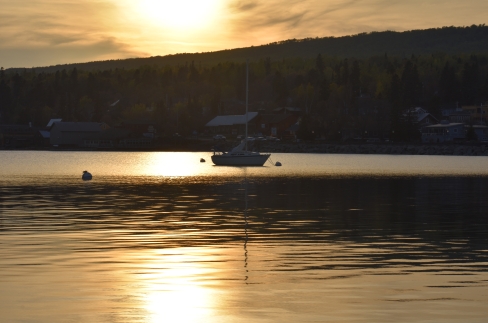 many. It has lasted, by far, the longest from any of the others and Kenobi cannot duck out of it. This one we’ve had for almost two years now, and I’ll be purchasing a second due to all of the water, sand, and mud we tend to get into. I imagine having to put that back on being like putting damp socks back on.

For many of the same reasons, I wear Lowa Renegade hiking boots–last a long time, have been wearing them for three years now (I have two pairs), and they really are waterproof. The only time water made it inside was when I fell through the ice in the marsh up to my waist. Can’t blame the boots for that. Even so, they cleaned up nicely, dried out perfectly and are working just as well as before the ice incident. I have a narrow heel and high instep and have never gotten a blister. I order a 1/2 size up the same with all of my boots and running shoes and the Renegades are long hike ready after wandering around the neighborhood for no more than a week.