Kenobi and I have been exploring Van Cortlandt Park since moving to Bronx. 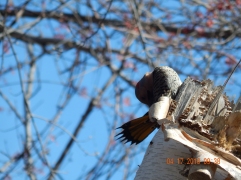 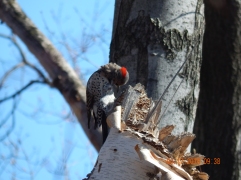 This lovely lady is a Northern Flicker (Female, yellow shafted). We saw her next to the lake, across from the Golf Course Club. Unfortunately, I wasn’t able to photograph her as she left her perch, but you can see the yellow on her tail. 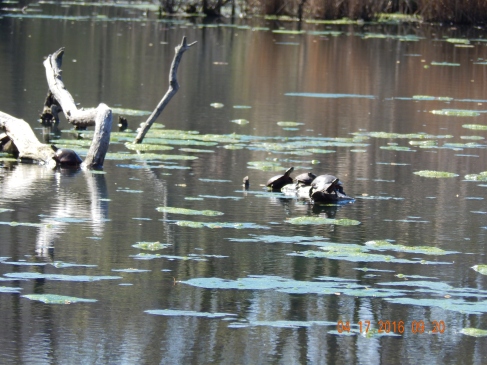 Turtles sunning themselves on the lake. 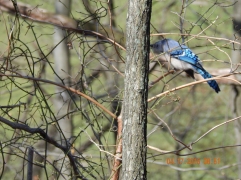 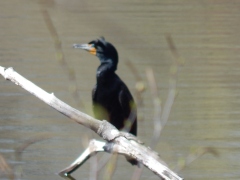 This is a double-crested cormorant. I believe we were really lucky to see it because I haven’t seen it before or since. 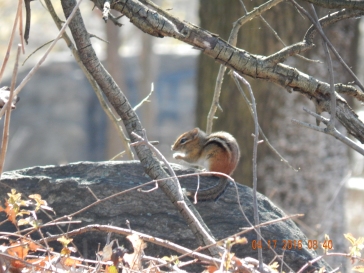 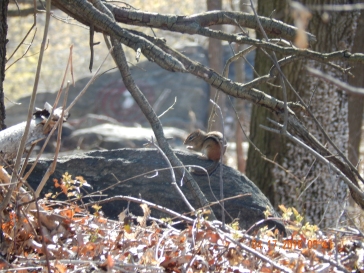 This is the first time that I was able to photograph a chipmunk. Kenobi usually spies them before I do, and they don’t stick around for a photo shoot. 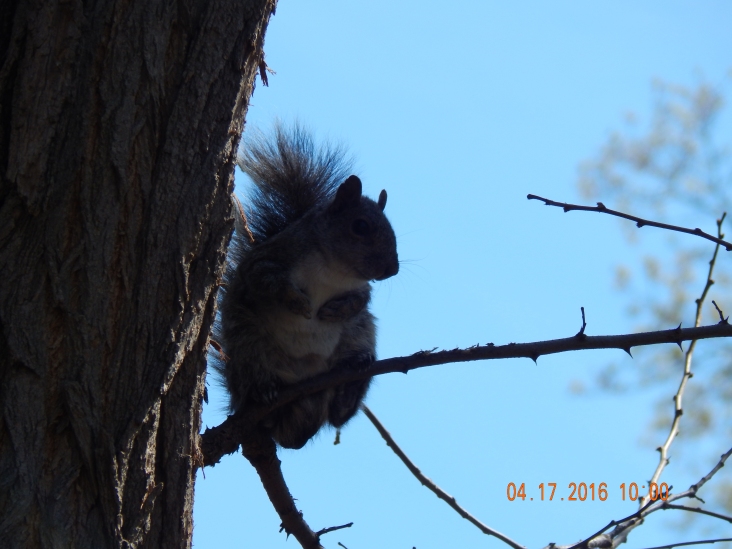 This cute fella was a brave one. He didn’t run right off although Kenobi was right by my side. I think we were only several feet away, and the grey squirrel was not very high up in the tree. 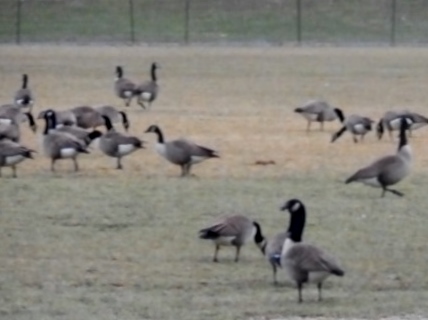 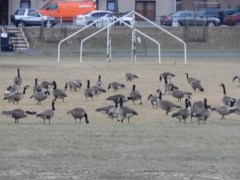 Geese cover the parade grounds most of the year. We’re always seeing them fly back and forth, and wander around the grounds, but there are only a few that hang out on the lake.  Kenobi is fascinated. I think he wants to be able to swim on the water as they do. It wasn’t until we came in close contact with the geese, that he started getting into the water more often and deeper.

Robins are everywhere, and look as if they’ve had a good winter–all round and plump. The one on the right is standing guard at the corner of Van Cortlandt mansion. 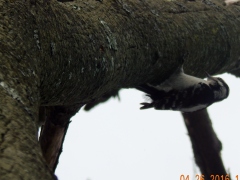 This Downy Woodpecker was extremely busy on this tree as we stood next to the pond where the swans nest along the Putnam trail. 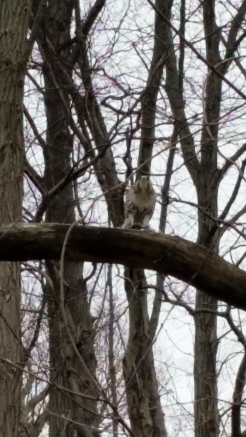 Another red-tailed hawk searching for a snack along the Cross-Country trail next to the golf course. 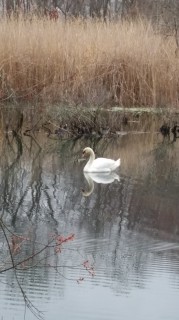 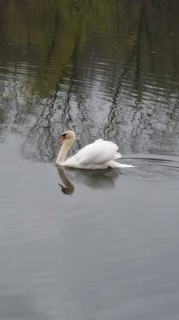 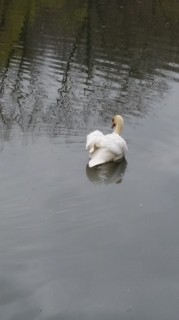 There is a gorgeous swan couple that nests along the pond off of the lake. There are two places for great views–the bridge that crosses the creek and runs along the golf-cart path, and a bit south along the Putnam Trail a path to the edge of the water.

Mallards also live in the pond with the swans, although we haven’t seen them in a while now. We did spy a couple at the small pool right off the running path along the Parade Grounds yesterday. 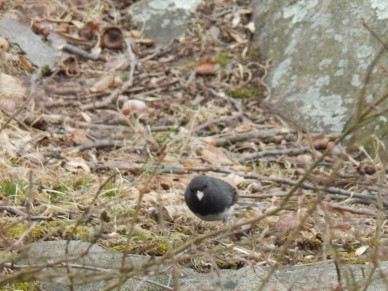 This is a Dark-Eyed Junko. He’s a cute little bird and was rummaging around the woods along a path that passes a fantastic overlook marked with large stones. 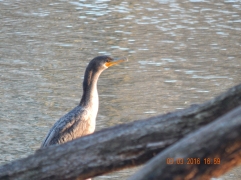 Oh wait! We HAVE seen a Cormorant before. This Double-Crested Cormorant is sitting with its wings slightly spread for drying. It looks very little like the most recent one we’ve seen, but it is a Double-Created Cormorant. This one is lighter colored, and we can’t really see the feathers standing on its crown, but the two birds do have the same yellow under its beak.

A red-winged black bird hanging out in the wetlands near Van Cortlandt Mansion.

A black bird walking along the bridge that overlooks the pond, and another perching in a tree between the lake and mansion. 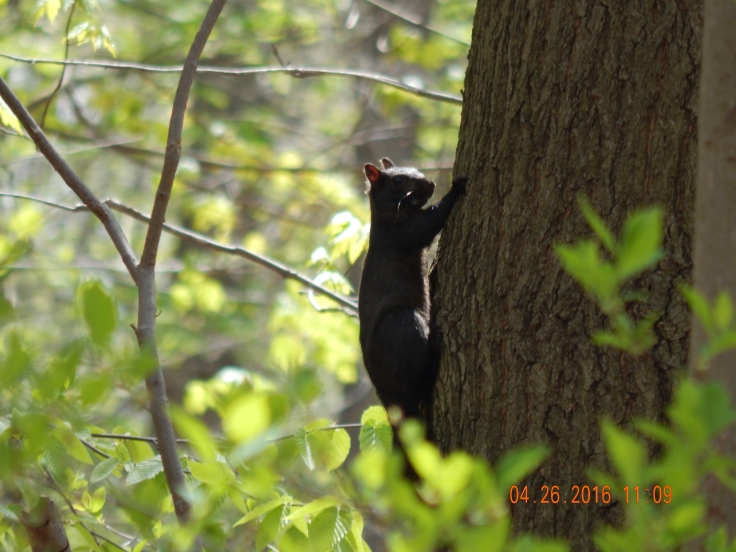 And last, but not least, the black squirrel.