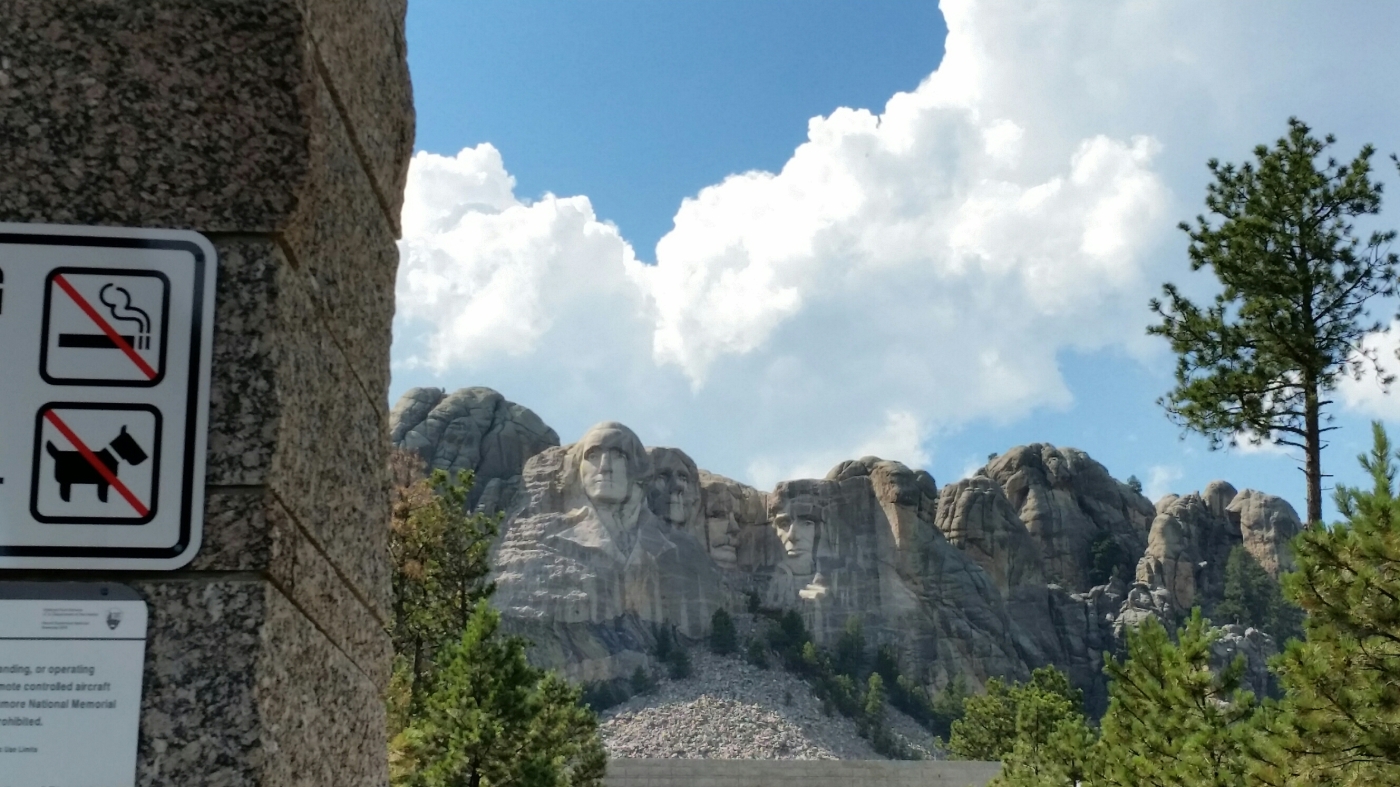 We’ve been traveling for about five weeks now, and have been very fortunate with most places we’ve gone when it comes to Kenobi being included. 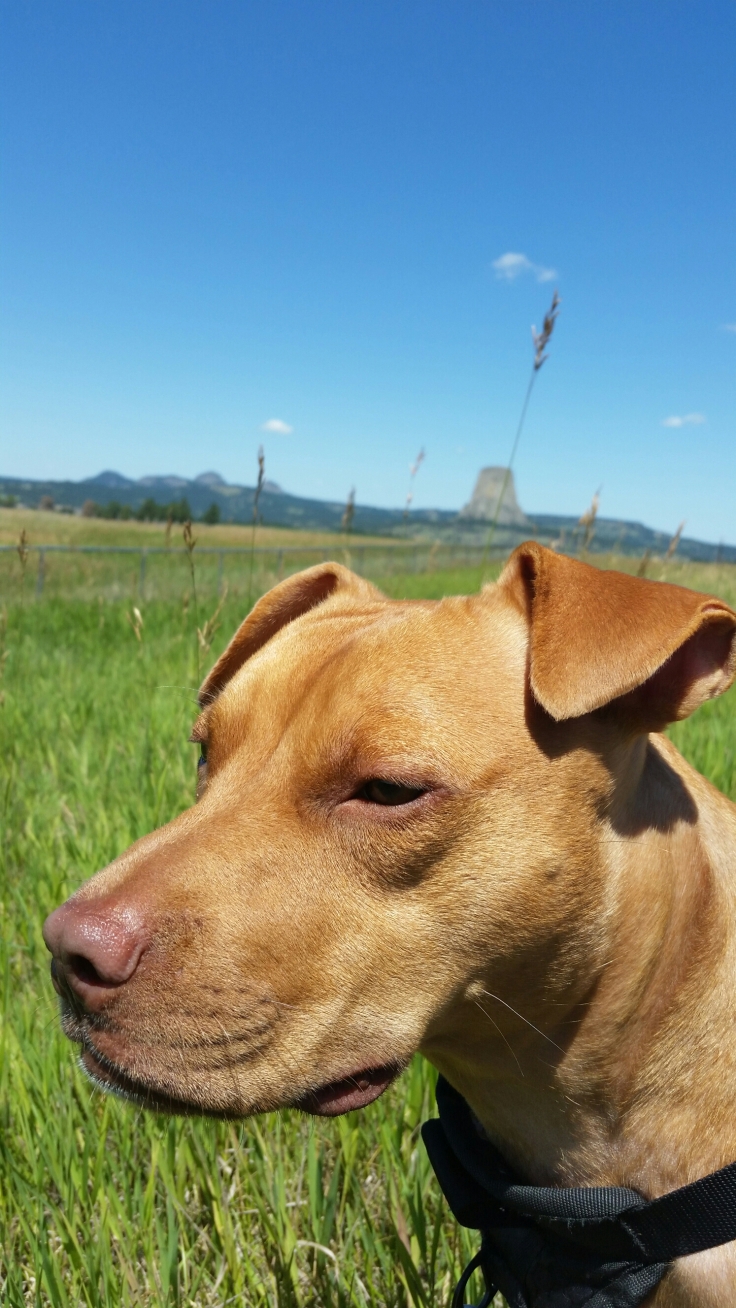 But we could not go in and walk the trails at Devil’s Tower. 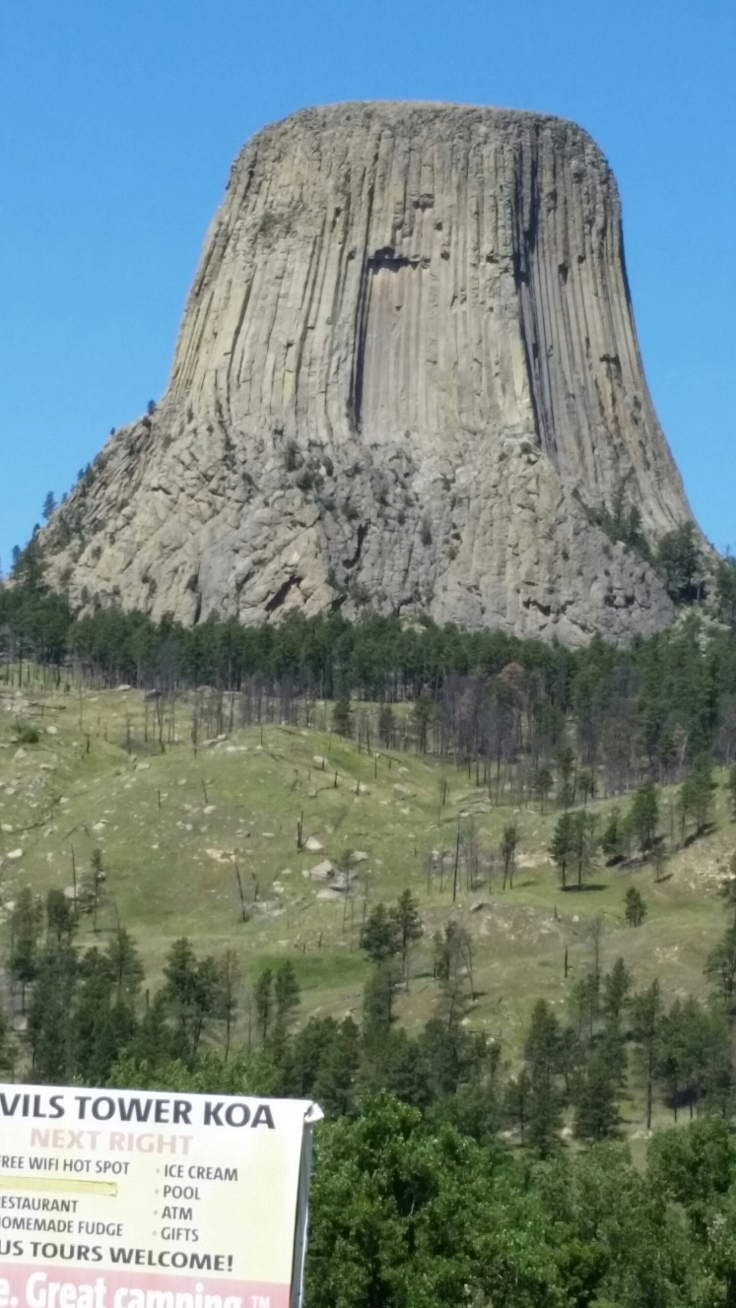 We drove right up toward the entrance, drove into the KOA parking lot, mailed a post card, took photos, got a late at the kiosk, and drove back to the Black Hills. 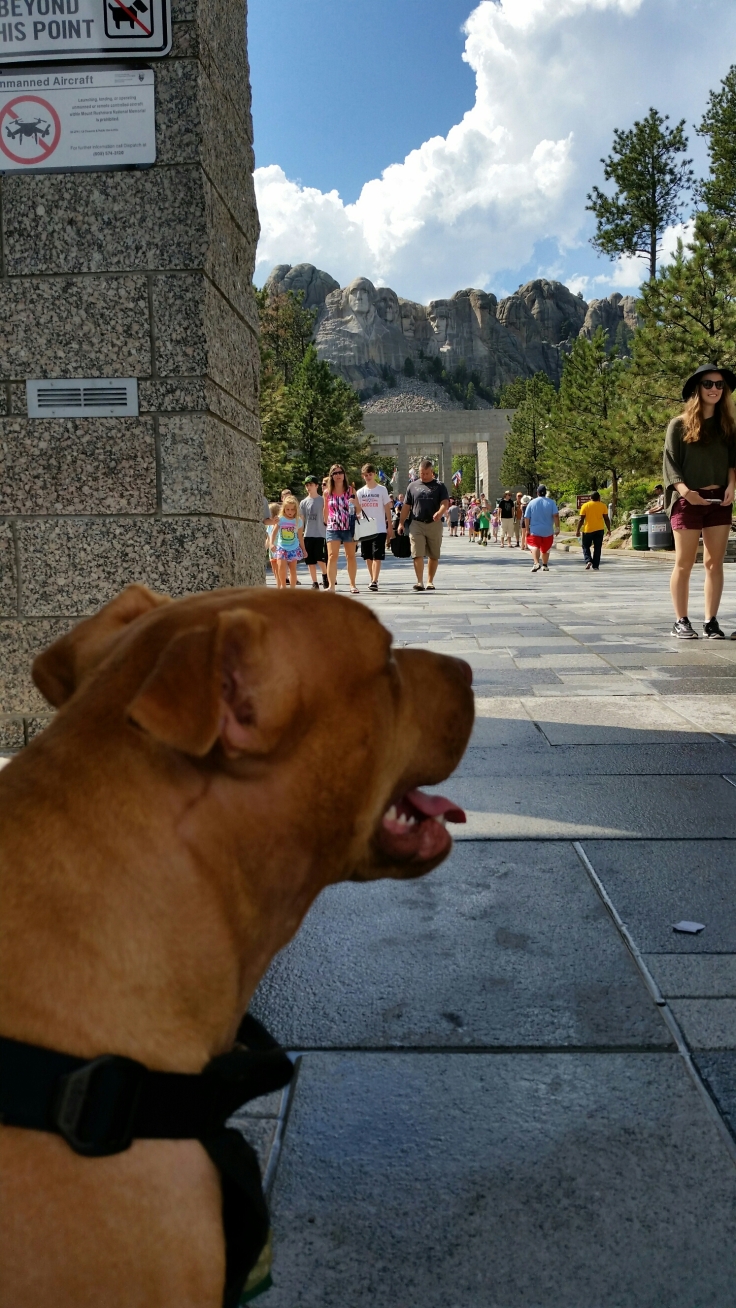 Mt. Rushmore doesn’t allow dogs past the enteance. Really disappointing because the woman who took my $11 didn’t say anything about dogs not being allowed. Access to the park is free, but you have to pay to park. On our way down the hill, we were lucky to run into a fantastic overlook. We were able to climb on the rocks and see wonderful views for free.

The one place that frustrated me the most was Mesa Verde. I really wanted to go and walk the trails. No Dogs Allowed on the trails or overlooks. It costs $15 to enter the park, and dogs can only be in the campgrounds and on the roads. I wanted to see the Pueblo so badly, so this was the worst for me.

However, Kenobi was allowed in the Canyons of the Ancients. Definitely worth the drive. Great trails–sunny and hot, so go early in the morning or a cooler time of year, and take plenty of water. So much to see, and I find the excavations interesting, too. Some of the biggest finds are on view at museums, but there are great information boards where they were found. It would be fantastic to see the items. We’re now in Chicago and I’ll look into the items that may be around here. Kenobi won’t be able to gi, but he loves it here.